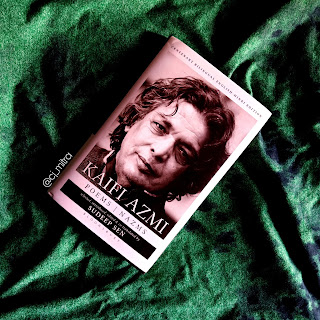 Kaifi Azmi: Poems, Nazms is a perfect gift and homage to the great poet's 100th birth centenary celebrations. This specially curated volume contains 50 carefully chosen poems from his lifetime's immense oeuvre. It brings together some of the finest translators, poets, scholars, filmmakers - HUSAIN MIR ALI, BAIDAR BAKHT, SUMANTRA GHOSAL, PRITISH NANDY, SUDEEP SEN (also the editor) - as a team to produce this stunning bilingual English-Hindi collection. In addition, the book contains a selection of rare archival photographs of the life and times of Kaifi Azmi going back to his childhood. This centenary bilingual English - Hindi volume is a collector's edition.

Kaifi Azmi: Poems, Nazms New & Selected Translations is a collection of different works of the great Urdu poet Kaifi Azmi, it has been edited & translated by Sudeep Sen & published by Bloomsbury India. Sudeep Sen is widely recognised as a major new generation voice in world literature. He has written, edited & translated several books & have been awarded numerous time. He is the editorial director of AARK ARTS and the editor of Atlas.

I think I have said it multiple times that I don’t read much poetry and it is very rare for me to pick such a book. Though I like to listen to Nazms & poems dealing with intense topics, I try to skip most of the romantic ones as they just don’t appeal to me. Kaifi Azmi is a well known poet & there possibly couldn’t be anyone who won’t know him hence when I came to know that his works have been translated, I thought of giving it a try. Though I started hesitantly at first but I have to admit that after that I sailed through the book smoothly. Get it here to read it now,

Poetry is a tricky genre in itself, there is no sure shot recipe to success. One poetry can please a crowd while the same can be unimpressive for another. But there have been a few marvels in India who have been able to mesmerize masses & Kaifi Azmi was one of them. This book is a collection of few of his memorable works thoughtfully published in both Hindi & English. The translator did a wonderful work not just translating the words but more importantly the soul of the nazms & poems. I honestly can’t think of anything which could’ve been better. A must read.

Posted by Chittajit Mitra at 10:00 No comments: 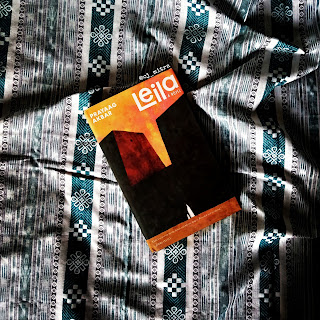 In a digitized city, sometime in the near future, as an obsession with purity escalates, walls come up dividing and confining communities. Behind the walls high civic order prevails. In the forgotten spaces between, where garbage gathers and disease festers, Shalini must search for Leila, the daughter she lost one tragic summer sixteen years ago. Skirting surveillance systems and thuggish Repeaters, Shalini—once wealthy, with perhaps a wayward past; now a misfit, pushed to the margins—is propelled only by her search. What follows is a story of longing, faith and most of all loss. With its unflinching gaze on class, privilege and the choices that today confront us and its startling, almost prophetic vision of the world—Leila announces Prayaag Akbar as a remarkable new voice in Indian fiction.

Leila is a dystopian fiction written by Prayaag Akbar & published by Simon & Schuster publishers. The author is a journalist & former deputy editor of Scroll, his award winning reporting & commentary have examined various aspects of marginalization in India. He studied at Dartmouth College & the London School of Economics. He lives in Mumbai with his wife & their cat.

We are introduced to a society where purity is a compulsion, there can be no union between people of two religions & if there is then their children will be ultimately taken away. In a world where there are big walls separating the digitized ‘modern’ world from the garbage infested areas where diseases are a regular thing. Shalini our narrator, has lost her husband & is on a mission to find her long lost daughter Leila who was taken away as she was the result of a Hindu-Muslim union. Something that is against the idea of purity of the society & totally discouraged. To follow her in her journey to find her daughter, get the book here

Prayaag Akbar built a world based upon the ills of our present state & gave rise to this book. There are very few Indian dystopian books which I have liked & this surely is one of the best I have read. The strings which join the reality with this story is evident & is presented in ‘on your face’ style. This story actually shows the terrifying path we are going on & if not amended the dystopian will indeed be a reality. I can’t wait to watch the Netflix show based on this book. The story kept me hooked till the end, only in certain place it seemed to drag unnecessarily. The language used, cover, title everything is apt. A must read!

Posted by Chittajit Mitra at 10:41 No comments:

check out the schedule here

ASPIRE TO INSPIRE
by
NASREEN VARIYAWA 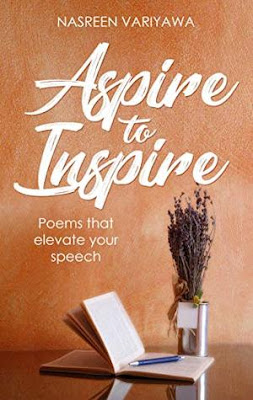 Aspire to Inspire: Poems that elevate your speech is a book full of poems that defy all norms and rules for poetry writing. The authors work is packed with words that rhyme and when read with rhythm, are delightful to the tongue and ears alike. Right from the acknowledgments and dedications at the beginning of the book till the concluding statements at the back of the book, the author has aspired to be lyrical throughout. Written between 2017 and 2018 in Antalya, Turkey, all the poems in the book are simultaneously independent but connected to each other by way of the subject of leadership. Nasreen has always held that Leaders don’t need titles and aren’t necessarily from the corporate world. All people are leaders in whatever they do and so she has written a diverse range of poems that are aimed at inspiring massive action in whatever people want to do or accomplish in their lives.

In Aspire to Inspire: Poems that will elevate your speech, motivational speakers, teachers, trainers, and coaches can look forward to 100 poems that can be used at the beginning, middle and concluding parts of presentations. The author has written short but powerful poems on love, leadership, spirituality, strength, abuse, authenticity, financial management, communication, listening, heartbreak and family to name but a few. Whatever the subject, the poems embody the aspect of leading oneself in different aspects of life and living. They teach simple but powerful lessons and reach the point of the subject very quickly. Speakers using them can begin the objective of a speech quickly, make valid points during a speech by breaking the monotony and conclude just as powerfully at the end of a talk.

In an industry overflowing with advice in the form of quotes that are either overused or recycled, Aspire to Inspire: Poems that will elevate your speech is a fresh, innovative and entertaining way to influence an audience, persuade a client or simply lead passionately. The book is a must have for your coffee tables, library shelves, office desks and makes for a thoughtful gift. 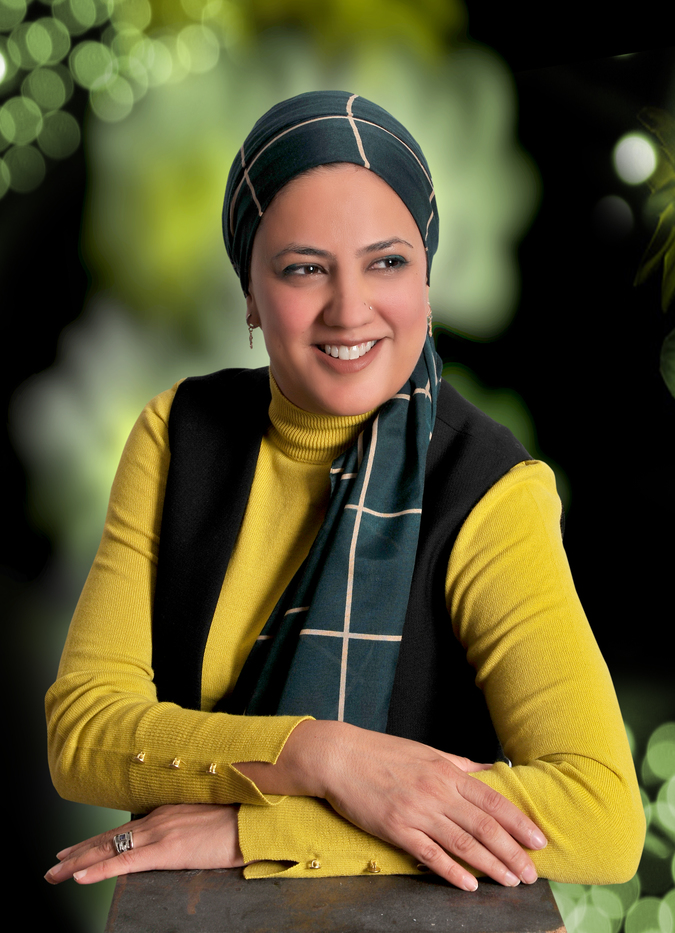 "Nasreen Variyawa was born and raised in South Africa where she completed her Post-Graduate Diploma in Education Leadership and Management from Regent Business School. Most followers would know her as a trainer, coach and mentor. Having worked at some of South Africa’s biggest education and training brands, Nasreen has touched thousands of lives through her work.

After spending 10 years in the corporate trenches, she swapped life in suits and stilettos for the classroom and chalkboard, wander-lusting through Turkey where she now resides and teaches English as a Second Language.
Nasreen is also a graduate from Ledge International where she pursued a Mastermind Programme in the 21 Irrefutable Laws of Leadership by John C Maxwell.

She is the author of 4 books and hit the #No. 1 best sellers list on Amazon recently for Ignite the Champion Within and Inspire Others to Begin and Ignition: Answering your call which she coauthored with Dr. Farookh Sensei.

Click here to check out all the titles by the author...


You can stalk her @

You are invited to the Inlinkz link party!
Click here to enter

Posted by Chittajit Mitra at 00:00 No comments: 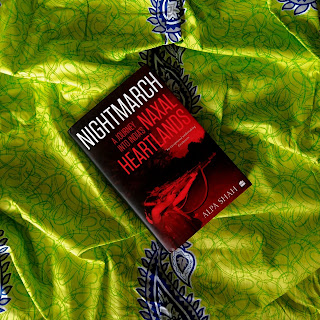 In 2010, just as the Indian government was stepping up its counterinsurgency operations in the country's Naxal-affected areas, Alpa Shah set out on a seven-night march with a guerrilla platoon across 250 kilometres of the same territory. An anthropology professor, she wanted to understand why, against the backdrop of a shiny new India, the country's poor had shunned the world's largest democracy and united with revolutionary ideologues. Dressed as a man in an olive-green guerrilla uniform, Alpa was the only woman and the only person not carrying a gun in the platoon. Her gritty journey reveals how and why people from very different backgrounds come together to take up arms to change the world but also what makes them fall apart. Unfolding like a thriller and brought to life by Alpa's years of research and immersion into the daily lives of the tribal communities in a Naxal stronghold, Nightmarch is a reflection on economic growth, rising inequality, dispossession and conflict at the heart of contemporary India.

Nightmarch is a non-fiction about the lives of naxals written by anthropologist Alpa Shah. The author is Associate Professor of Anthropology at the London School of Economics & Political Science. She has reported & presented on India for BBC Radio 4 & the World Service. Her work is based on her insights from living as a social anthropologist for several years amongst the Adivasis of eastern India.

The author takes on a challenge to explore the world of Naxalites from an inside view & in her quest to do so she travels from the naxal affected areas of India covering several states. The author tries to understand their psyche which makes them leave their normal lives & join the forces of revolution & resistance against the government.  From unemployed youth to well settled affluent people, men or women, the author captures their stories in the most sensible & riveting way. Get the book here,

I have been planning to read a book around this topic for quite some time now & when I found out that this book has come out AND it’s written by an anthropologist then I was sure that I need to read it. The author being an anthropologist knows the importance of fieldwork & that shows in her book. The hardwork she has put in to live with the naxals & learn about their lives from an insider perspective is what made this book more interesting & a smooth read. The language used is easy, the title & cover couldn’t be better. An awesome read, don’t miss it! 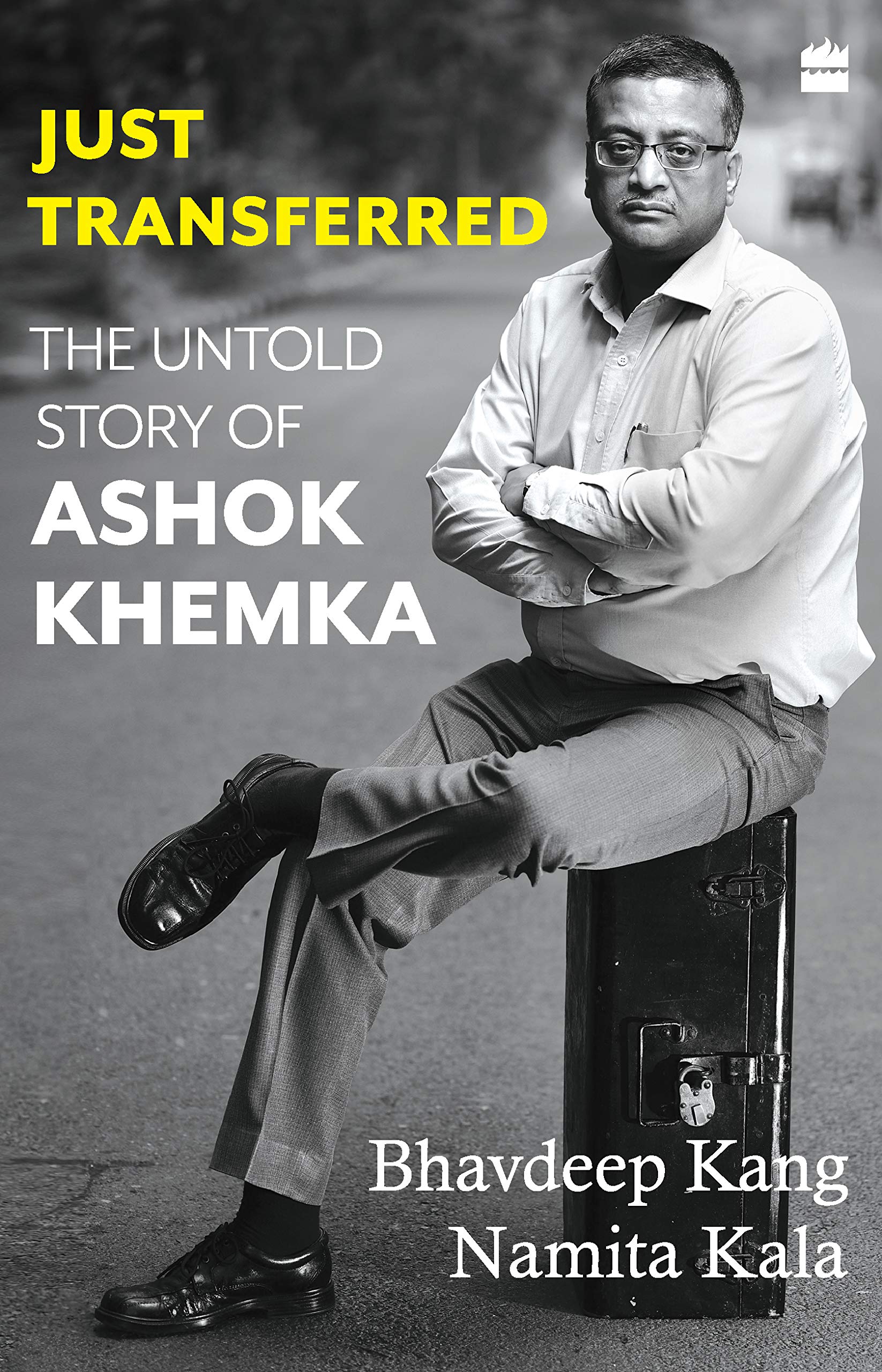 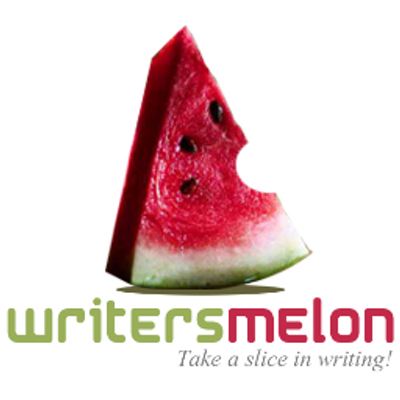